Before we move to the trivia facts, there is something else. Have you ever noticed that sometimes magazines print pictures of people and something doesn't look right? I have. On so many occasions I have seen pictures of Kristy printed that are flipped.

Why don't they pay attention? The readers are stuck with pictures which don't look good, although probably many people don't even notice. But Kristy is one of these people whose face is not completely symmetrical, so the effects are obvious.

Let's look at an example. Left shows how it was published, right how it should have been. 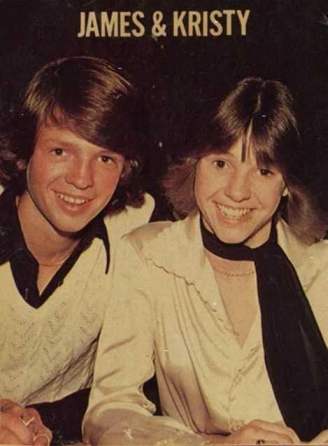 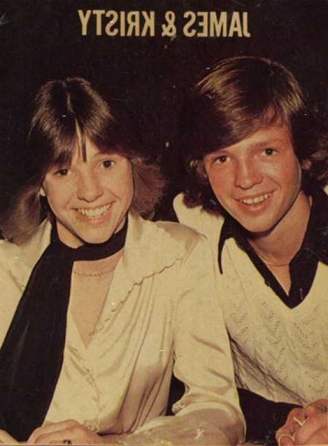 With James the difference is small, but with Kristy you see it's quite a change.

It's a shame that there are so many examples where it went wrong. Find here just a few more examples.

As mentioned elsewhere Kristy has never been really famous in the Netherlands. In fact, the only time ever she has been on a cover of a magazine was on the Veronicagids, a tv-guide which has a very wide circulation. And it was a flipped picture... Here's how the picture should have looked:

During the days of Family you could order a giant, full colour poster of Kristy as Buddy. Easy money for a poster consisting of 6 flipped pictures... 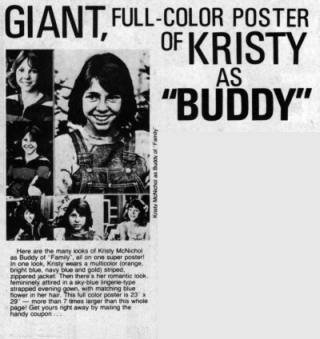 Here's how the poster should have looked: 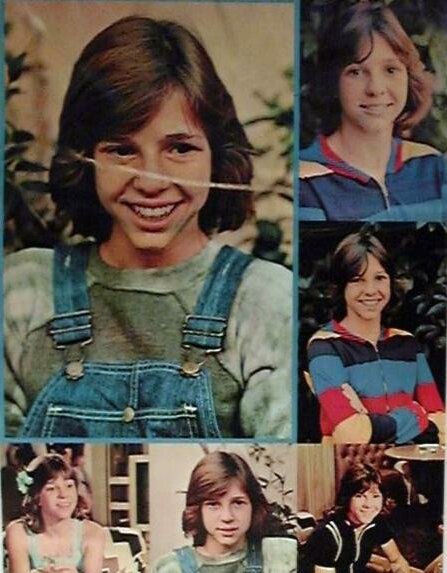 Even in a movie
A bolder example is when this mistake is made making a movie. It happened during White Dog, directed by Samuel Fuller. On two different scenes you can see Kristy appearing in flipped shots.

The first time is just after Keys (the late Paul Winfield) first appears. One shot of Kristy is flipped.

The second time is near the end. The dog runs towards Julie (Kristy) in the final test, it seems the dog has been cured. No less than 4 shots of her are flipped!